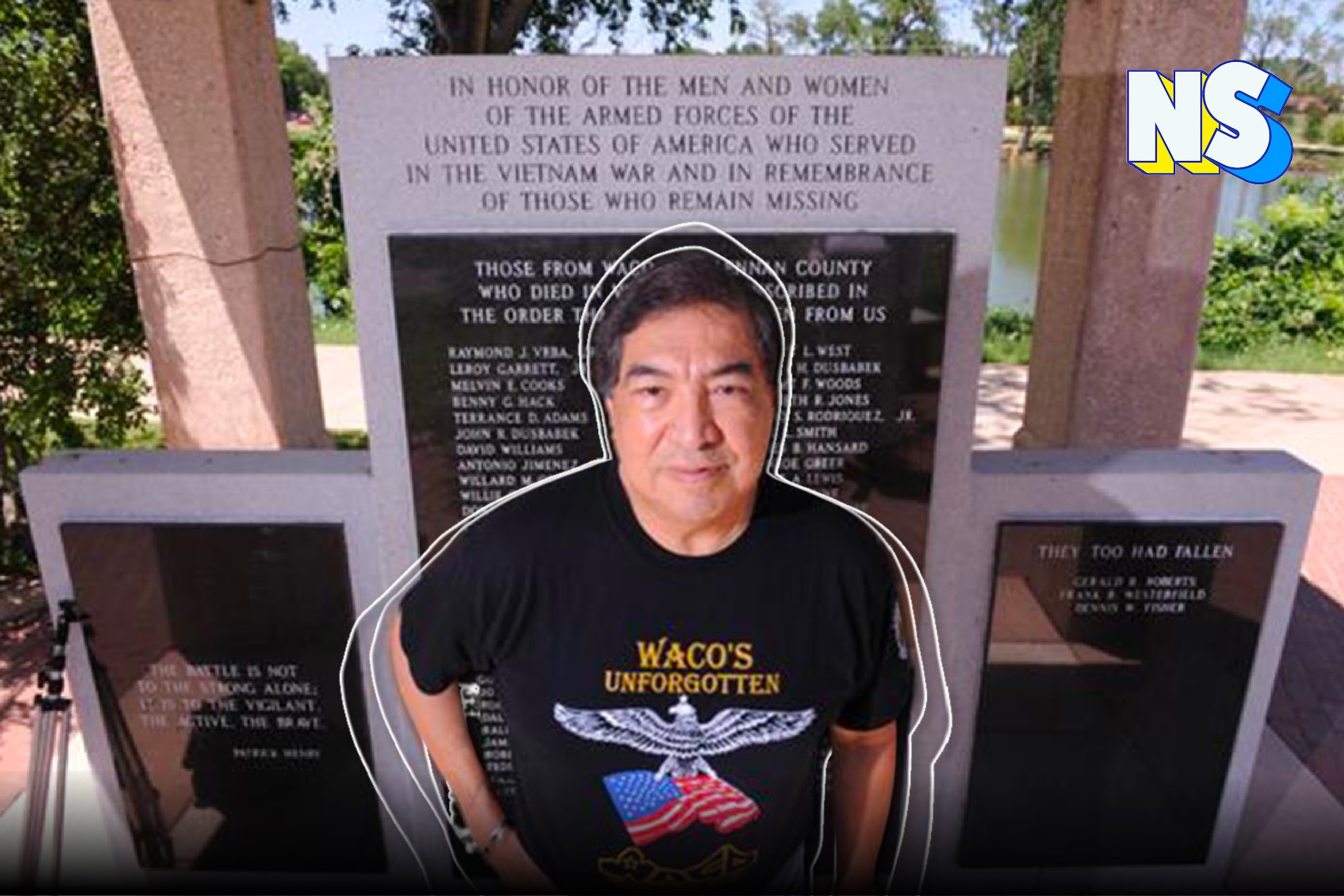 Standing on the tree-lined banks of the Brazos River is the Waco Vietnam Veterans Memorial. Possibly the largest monument of its kind founded by a Latino in the United States, the city block-long memorial has been described as “a silent but powerful testimony of the war’s impact on both the Waco community and the nation at large.”

The memorial was the dream of the late Mexican American Manuel Sustaita, a lifelong advocate for veteran affairs, and a former Marine who joined the military in 1963, when he was 17.  As part of the Delta Company, 3rd Reconnaissance Battalion, 3rd Marine Division, Sustaita was among the first Marines to see combat in the conflict. His experience in Vietnam, including the death of his closest friend, Lance Corporal Joseph Ray Wynn Jr., and the way many vets were initially disparaged after returning home, left a lasting impression on Sustaita. 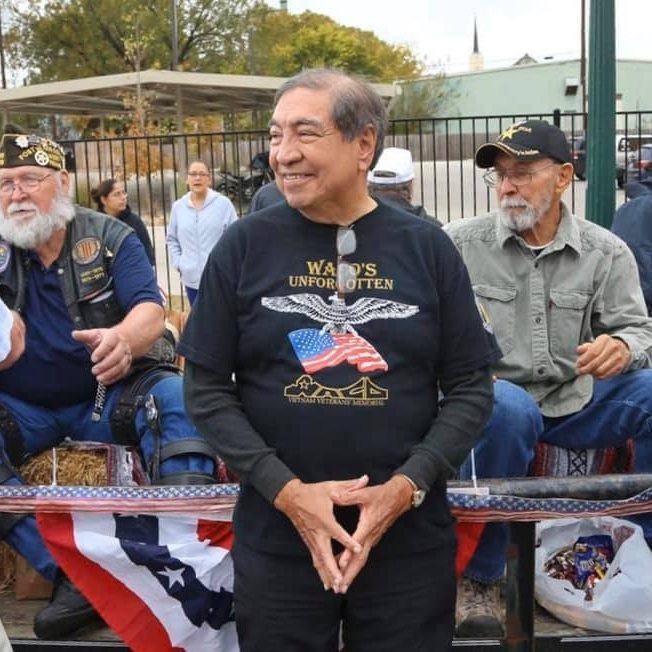 Read more: More Than Headquarters, This Historic Site Was a Haven for Latinos

Seeking closure for his wartime experience, Sustaita recalled that he got the idea of the Waco memorial during a visit to the Vietnam War Memorial in Washington, DC, in 1985. 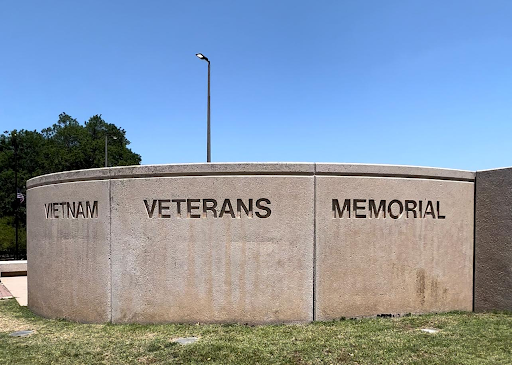 Writing about this pilgrimage years later, Sustaita recalled, “I thought it would only take a few minutes to look up my [friends’] names…[but] I was wrong. Just to recover from the emotion and…the task of trying to find the name on that massive piece of stone was unreal.” 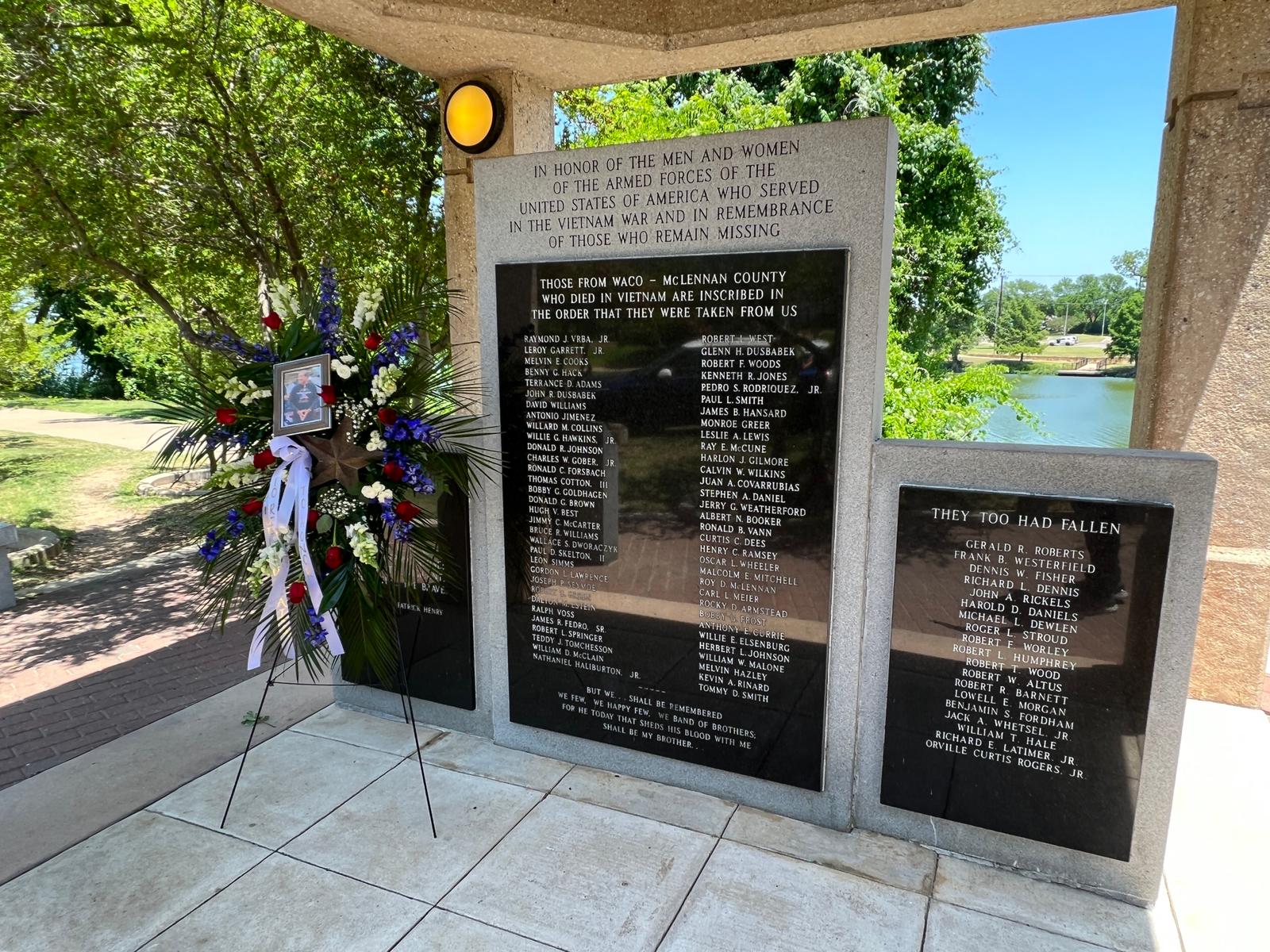 Determined to share with Waco the healing experience he felt at the national monument, in 1989 Sustaita enlisted two fellow Wacoans, Guy Cox and John Householder, and formed a non profit to build the historic memorial for Vietnam veterans.

Despite many setbacks, the Waco Vietnam Veterans Memorial persevered and officially opened 15 years later in 2004 with three pavilions, symbolizing the experience of the country before, during, and after the war.

The first pavilion of the memorial reads, “Before the Vietnam War, We Were Whole.” The second reads, “The Vietnam War Brought Destruction and Turmoil.” On the third and final pavilion is inscribed, “The Sacrifices of Those We Honor Make This Hallowed Ground—Let us Strive to Reunite and Heal.”

Under the third pavilion stands a monument into which the names of Waco’s fallen are etched.  A walkway leaves the plaza and leads through a grove of 64 trees in memory of the 64 servicemen from Waco and McLennan County who died in Vietnam. A tree ring stands empty in recognition of those still missing in action.

The memorial’s plaza wall contains the bronze seals of the five branches of military and includes a quote from Patrick Henry, reading, “The battle is not to the strong alone; it is to the vigilant, the active, the brave.”

When Sustaita passed away in 2020, the Waco Tribune-Herald editorial board gave the late Marine and local businessman the ultimate compliment with an editorial titled, “Manny Sustaita set citizenship bar high for the rest of us.” 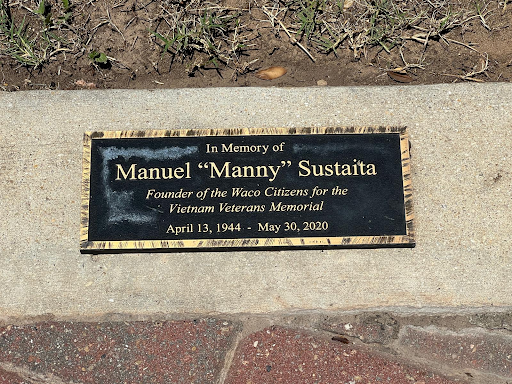 The editorial board concluded, “At a time of crisis in America when some seek to dispatch U.S. troops to quell U.S. citizens demonstrating in the streets over racial injustice, Trib readers will notice the void in local public discourse left by Sustaita’s death…. Whether one agreed with this Waco businessman and Marine veteran, his sentiments were frank and imbued by an unshakable faith in American ideals.”

If You Go: Located next to the picturesque Brazos River in the heart of downtown Waco, the outdoor park memorial is free and best visited in the early morning or late afternoon.  Blocks away is Waco’s best for dining, shopping, and entertainment including the retro-themed Jake’s Texas Tea House, Revival Eastside Eatery, Tony DeMaria’s Bar-B-Que, Magnolia Market, and Dr. Pepper Museum. 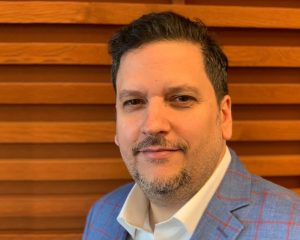 Manny Ruiz is the Co-Founder and Managing Director of Brilla Media and its flagship branded entertainment, films, and documentaries productions platform Nuestro Studios.