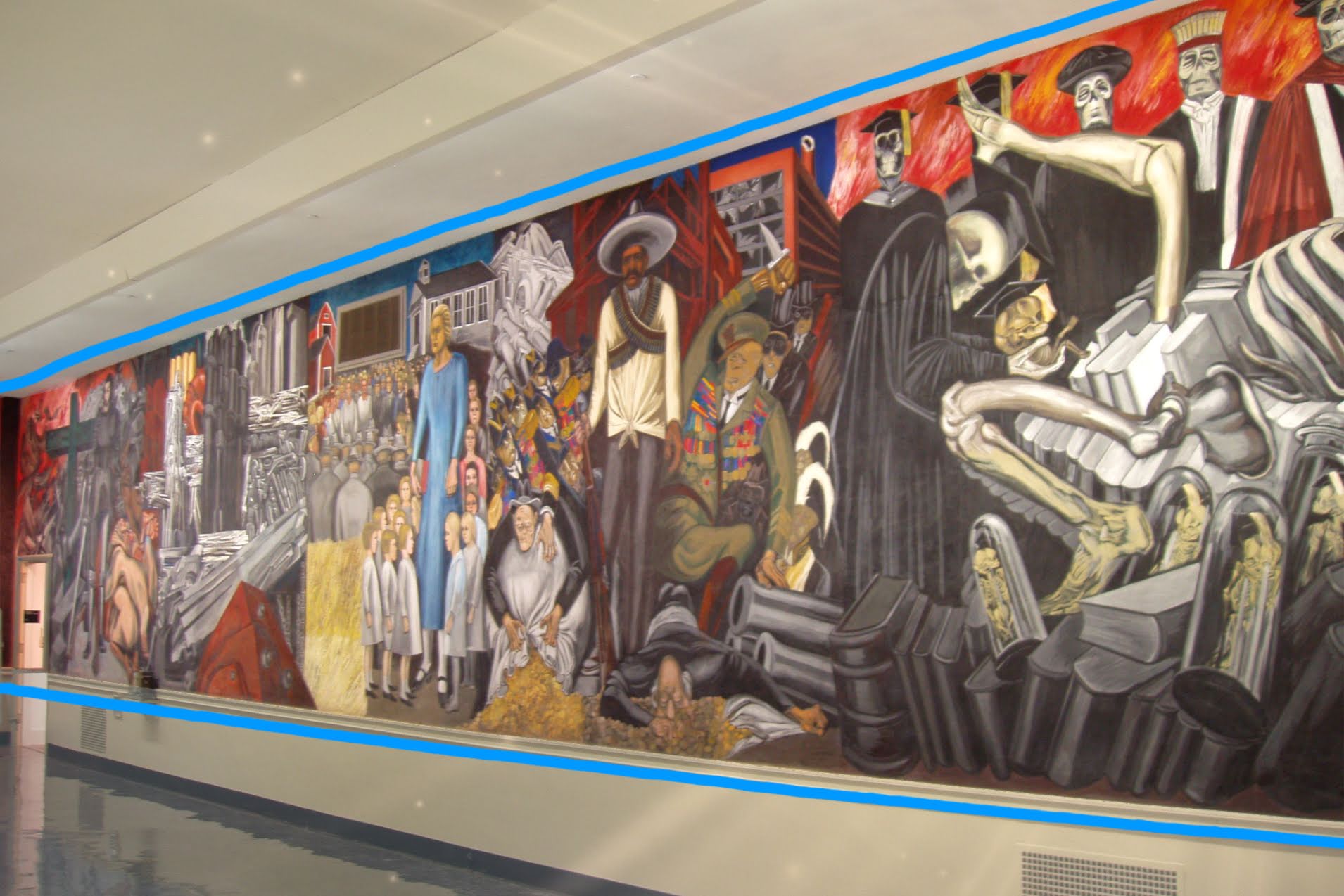 Jose Clemente Orozco is often listed as one of the most important painters of the 20th century. Through his work, he tells the stories of Mexican people throughout the centuries with a specific focus on the deeply political issues and extreme cultural detriment caused by European colonization.

Orozco is also considered one of the fathers of the Mexican Mural Renaissance, along with Diego Rivera and David Alfaro Siqueiros, and was considered the most complex among them. Focusing on the themes of suffering caused against those Indigenous to the Americas, Orozco’s Epic of American Civilizations mural spans 3200 square feet and consists of 24 panels that fill all four walls of the library.

Born in 1883, Orozco first began his life working as a craftsman, building fireworks. A mishap with the amounts of gunpowder resulted in Orozco losing his left hand at the age of 21, though it seemed in no way to deter him from pursuing his growing interest in art.

Though he had many moments of inspiration throughout his life, he was first inspired by the satirical lithographs and engravings created by Jose Guadalupe Posada.

Posada’s scathing commentary on the current state of Mexican politics “sparked his imagination into motion” from an early age. While attending school in 1911, Orozco participated in the infamous student strike.

Political activism continued to be at the forefront of his mind when in 1914, Orozco followed a friend and mentor, Gerardo Murillo Coronado, also known as Dr. Atl, to Orizaba during a time when opposing factions of soldiers were set to take the city. Even after the factions split once Huerta was ousted, Orozco continued to support against Pancho Villa and Emiliano Zapata. It was the ensuing violence he witnessed during that time that informed his art, as well as the furthering of his politics.

Perhaps that is why of the muralists at the time, Orozco is known far more for his darker-side-of-the-moon view on things. In the Epic of the American Civilizations, he translated everything — from the impact both the Indigenous and Europeans had on the Americas to the panic and fear felt as a result of the violence of the Mexican Civil War, Revolution, and World War I.

While the location, a University established as one of the nine original colonial colleges chartered before the American Revolution, may seem woefully out of place — the location was extremely intentional for Orozco. The school was originally founded to “educate” the Indigenous of the land, a hub for assimilation and appropriation. Placing the mural here, of all places, was a silent but mighty statement, forcing those who enacted such atrocities to constantly face their history.