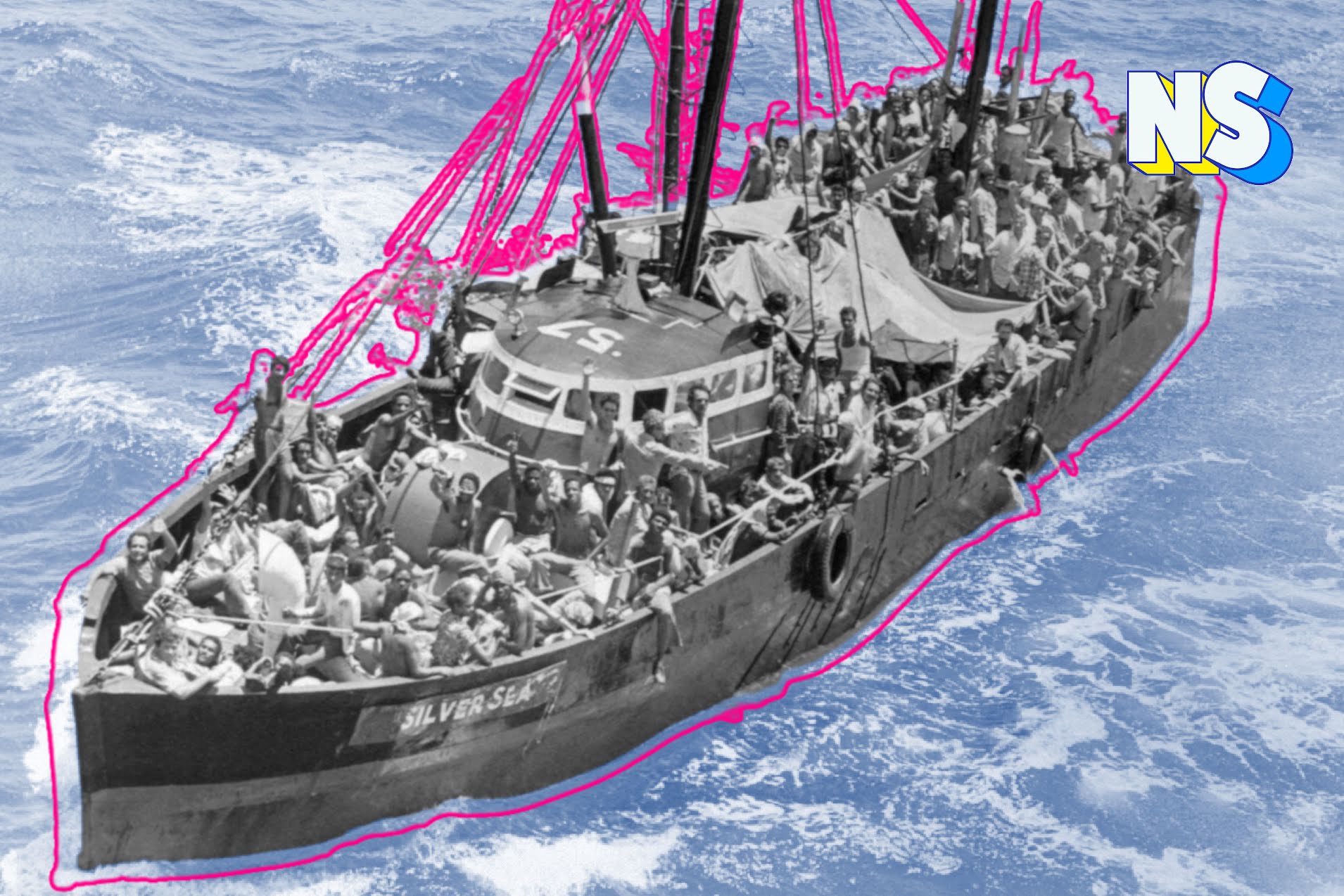 When the Castro regime took over in 1959, Cuba – slowly but surely – began to close its borders to the outside world. Not only were outsiders not let in, but Cubans, who no longer wished to be there, were not being let out. Though many had supported the revolutionary ideals early on, as time went by, it became clear that the ideals did not correlate to the reality of the situation. Embargos were placed on Cuba in response, and the economy itself began to fall.

More and more people became disillusioned and unable to survive in a country suffering from stagnation. Yet, when Cuba’s main ally, the former Soviet Union, began to dissolve, Cuba lost its main source of commercial support. Many Cubans who were financially thriving before Castro took power, found themselves in a place of poverty; a place they had never known. The shift began to take a toll, coming to a head in the late ’70s when a grouping of incidents prompted Castro to announce the option of an exodus.

Read more: This Cuban Restaurant Has Been Around for Over 100 Years

A variety of asylum seekers sought out refuge in a style that can best be described as “by any means necessary.” From crashing a bus into the Venezuelan Embassy to a group of dissidents attempting to force their way into the same embassy months later, to another group crashing a bus through the Peruvian Embassy, there was no shortage of moments leading up to El Mariel.

Eventually, tired of the incidents, Castro spoke to the country on May 1st, 1980. In the speech, Castro declared that those who could leave, should leave, saying:

The inception of El Mariel

In his declaration, Castro gave those seeking to leave six months to take the opportunity. In that time, over 125,000 people made their way through the ports of El Mariel, filling boat after boat with those seeking refuge away from the country they had once known as their own. A country that they had watched change, whether for better or worse, without their ability to control the outcome.

What is often not talked about, is that of those 125,000 people, not all of them made the exodus willingly. Taking advantage of the situation as he saw fit, Castro not only opened the borders to allow those who wanted to leave; he took it as his opportunity to “cleanse” the country of the people he felt were escortia, a then Spanish-language slang term for trash. Castro forcefully deported a range of people: convicted criminals, those who were deemed severely mentally ill, sex workers, and LGBTQ+ people who Castro viewed as an affront. The Castro regime effectively banished 20,000 people that they deemed as “less than” worthy of Cuban land.

Los Marielitos, as they are often known, found a home in the United States. It’s hard to say if this was considered a win. Whether it was by actual force or a strongly imposed choice, feeling the need to flee the land where you were born and raised never truly feels like a victory. Survival is usually the silver lining. And, for many, that's what El Mariel helped them do.