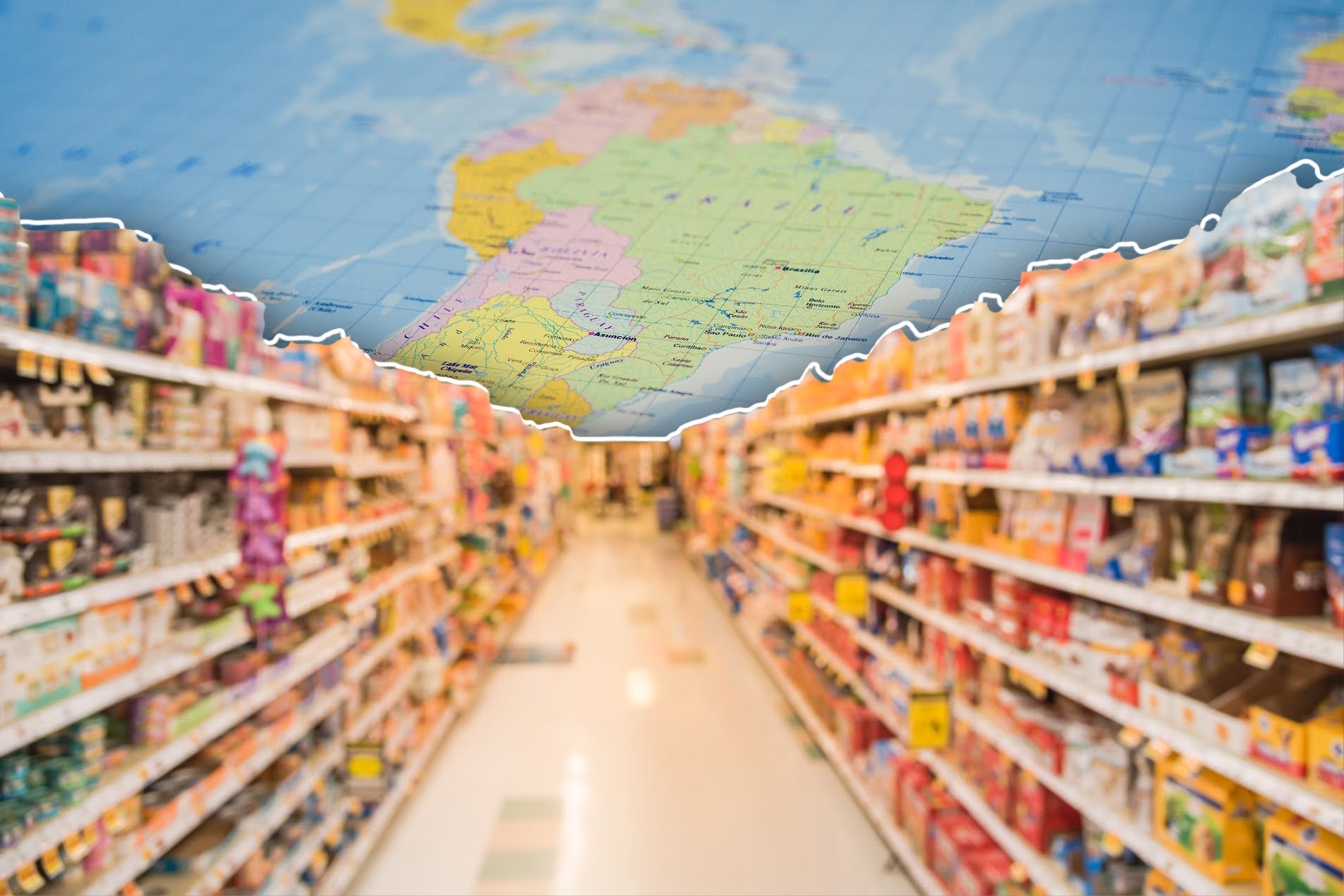 While grocery chains may come and go, there are certain ones that seem to withstand it all. From the cost of inflation impacting the cost of foods to the cost of Doordash reminding everyone how easy it is to completely ignore that abuelita in the back of our heads (nagging us that hay comida en la casa), Latino grocery stores allow us to feel closer to home.

Where many traditional retail supermarkets fail, Latino supermarkets manage to stay open, and the same, no matter how many years go by. According to Nielsen studies, Latinos spend more of their income on food than any other group (we like to eat), with the sales of “Hispanic” food and drinks reaching over $20 billion dollars in 2021. Why?

Food holds a deeply rooted connection to cultural identity. Where you are from dictates the produce you use, the spices you utilize, and the dishes that can only be made with care, time, and specialized ingredients.

It is a way for us to hold our most beloved traditions close, and remind us of our ancestors who came before us. Beyond that, while typical grocery stores employ workers who have no call to connect to the food they sell, nuestro mercados are made for us, by us, giving us the space to talk about our favorite ways to season carne asada with the carnicero, or the best time of the day to make tamales with the cashier. They provided a safe space for us to walk in and feel unencumbered with our Spanish. They gave us a small taste of home, even if it was an ancestral home we were never able to experience firsthand.

On top of that, Latino supermarkets tend to be primarily located in areas made up of predominantly Black and Brown residents – areas well known for being food deserts, or areas known for their lack of access to healthy, fresh foods – making los mercados a necessary part of our everyday lives.

Here are some successful Latino grocery store chains in the United States:

Founded in 1985 by Enrique Gonzalez, Carniceria Vallarta now has over 50 stores throughout California, employing approximately 8000 workers. One of the market's main goals is to have expanded to over 100 stores by 2030, giving them the chance to positively impact Black and Brown communities' access to nutritious food.

One of the oldest Latino supermarket chains in the United States, Sedano’s was founded in Hialeah, FL in 1962 by Armando Guerra, a Cuban immigrant who made his way to Florida during the El Mariel mass exodus of 1980. Sedano’s now has 35 stores throughout South and Central Florida.

Despite being one of the newer chains in the mercado scene, El Super has taken the Southwest by storm. Founded in California in 1997, El Super now has 63 stores across California, Arizona, Nevada, New Mexico, and Texas.