Skip to content
The Garibaldi Guard is Another Example of How Crucial Hispanics Have Been to the U.S.

The Garibaldi Guard is Another Example of How Crucial Hispanics Have Been to the U.S. 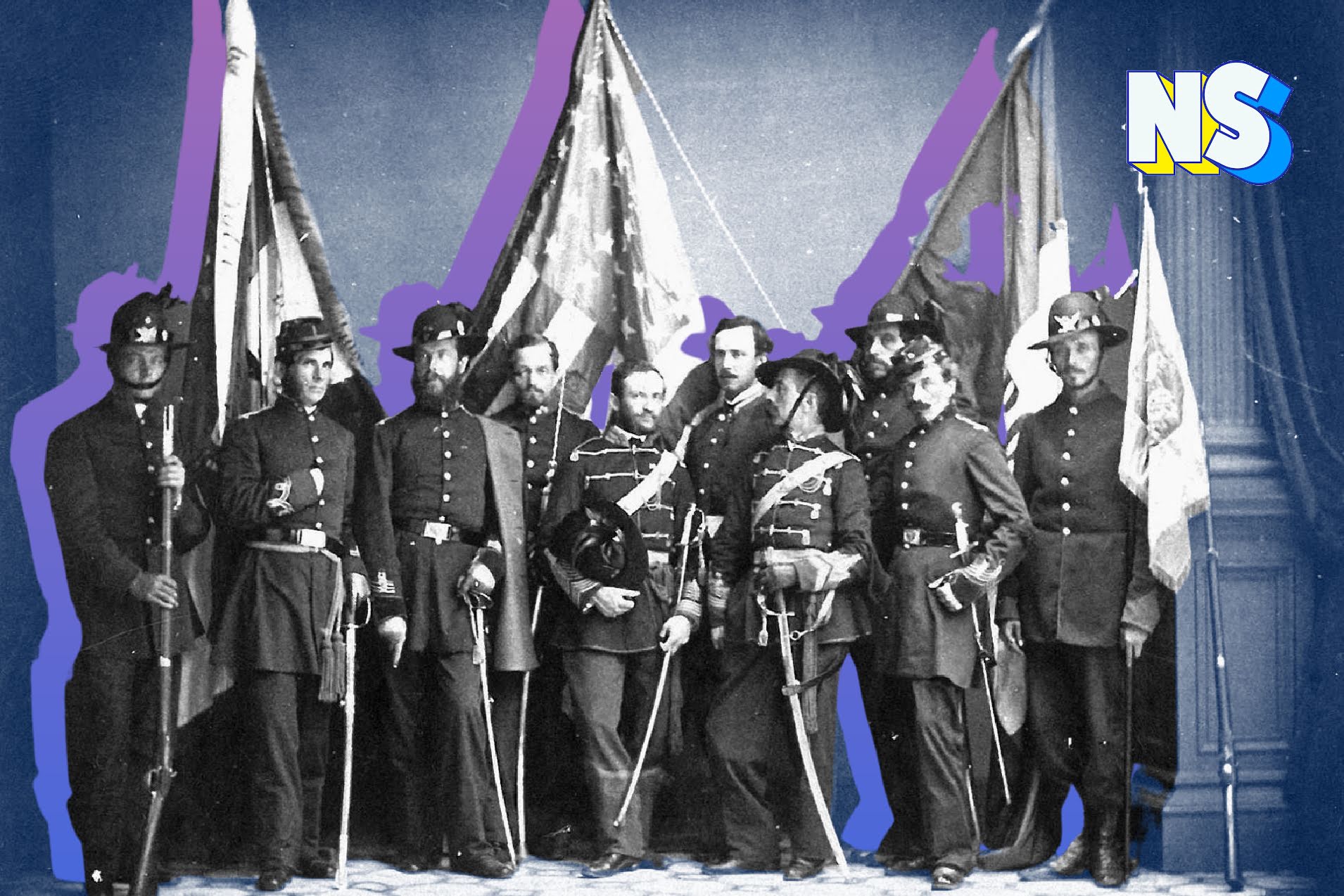 The 39th New York Infantry Regiment, known as the "Garibaldi Guard" after the Italian revolutionary, Giuseppe Garibaldi, was an infantry regiment that served in the Union Army during the United States Civil War.

Garibaldi was an Italian general, patriot, revolutionary and republican who contributed to Italian unification and the creation of the Kingdom of Italy. He is considered one of the greatest generals of modern times and is known as the "Hero of the Two Worlds" because of his military enterprises in South America and Europe.

The guard consisted of three Hungarian companies, three German, one Swiss, one Italian, one French, one Portuguese, and one Spanish. They were recruited in New York City by the Union Defense Committee led by Col. Frederick George D'Utassy and with the unique authority of the War Department.

The Garibaldi Guard had a strong Hispanic presence

Many were Spanish nationals from the Caribbean and Central and South America. It is estimated that some 3,500 Hispanics and Latinos, primarily Mexican-Americans, Puerto Rican, and Cubans living in the US, fought in the war. By the end of the war, it was 10,000.

It is interesting to note that Hispanics helped fight significant battles during the United States civil war – both on the Union and Confederate sides, but not all of them were Hispanic-Americans – that is to say, U.S. citizens. (Use this next time someone tells you that Hispanics are a burden to the US.)

The Spanish unit, 4th D Company, was known as “The Spanish Company” of the Garibaldi Guard and had men from different Latin American countries. It also had Puerto Ricans and Cubans, but the latter were considered Spanish subjects (because they were Spanish colonies) and inscribed as Spaniards.

The unit fought in the Battle of Gettysburg and participated in the Mine Run and Wilderness campaigns. It also went in pursuit of General Robert E. Lee's army. It also performed various routine duties in the vicinity of Richmond until July 1, 1865, when it was formed in Alexandria.

The following is a list of some of the Hispanic officers of the 4th D Company, "The Spanish Company," of the Garibaldi Guard.

This is a New York Times article from 1861 detailing what the guard looked like. It’s fantastic.

“Their uniform is a suit of blue-black, the pants having a narrow red stripe, and the facing of the frock coat being of red. Their hats are black, round, topped, wide, stiff brims, with a black feather and eagle. They have shoes with gaiters protecting the ankle and calf,” the article reads.

“On the back of each knapsack are the letters G.G. Their catoach box is such as is used in the French and Italian army. The corps is intended to serve as an extended line of skirmishers before the attacking line of the main troops.”