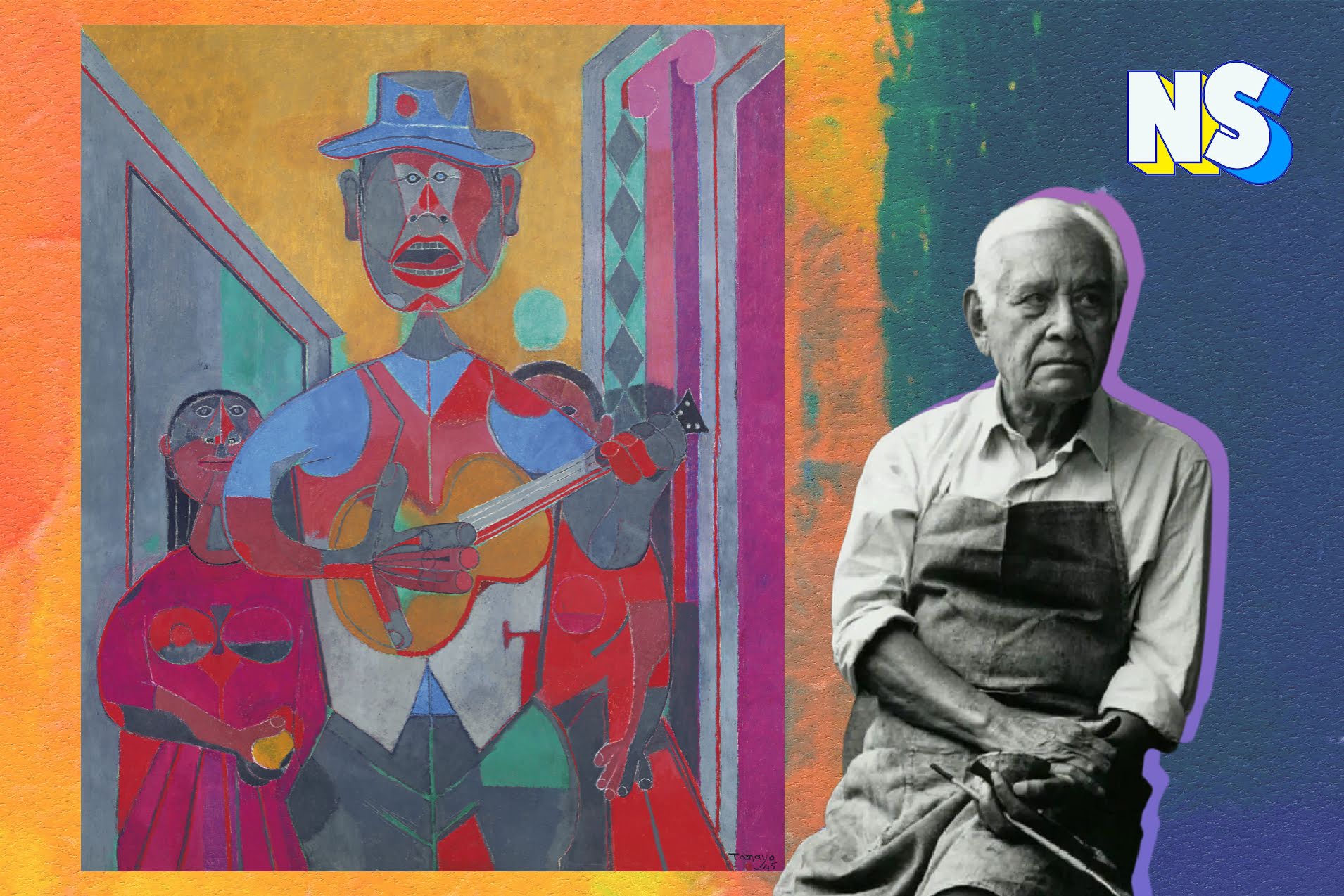 Mexican artist Rufino Tamayo’s painting El Trovador is one of the most expensive Latin American paintings ever sold at auction.

The story behind ‘El Trovador’

Tamayo painted El Trovador (The Troubadour) in 1945. It is an iconic work, combining the image of a guitarist with the artist's brilliant palette of colors and scale. It is an image that many of us who grew up in Latin America or the Caribbean can recognize as part of our culture.

Of Zapotec heritage, Rufino del Carmen Arellanes Tamayo was born in Oaxaca de Juárez, Mexico – one of the regions most heavily influenced by Indian culture. He was active in the mid-20th century in Mexico and New York and painted figurative abstraction with surrealist influences.

A prolific printmaker, Tamayo also experimented with bronze and iron sculpture. He lived in Paris from 1957 to 1964 and in New York and settled in his native Mexico. El Trovador was painted at the height of Tamayo’s New York critical acclaim.

Read more: These Three Mexican Artists Are Known As ‘The Three Greats’ of Muralism

A great one in his own way

Tamayo detested the epithet "The Fourth Great One" about the three Mexican muralists that dominated the scene at that time. They were Diego Rivera, José Clemente Orozco, and David Alfaro Siqueiros. He insisted there was a stark difference between his painting and the ideology of the “three great ones.”

It led him to distance himself in self-exile from his country’s politically rigid artistic community.

"I had difficulties with the Muralists, to the point that they accused me of being a traitor to my country for not following their way of thinking," Tamayo said in a New York Times article when he was 91 years old.

"But my only commitment is to painting. That doesn't mean I don't have personal political positions. But those positions aren't reflected in my work. My work is painting," he said.

Tamayo’s choice of themes centered on the relationship of man to man and man to nature – themes that dominated Mexico's indigenous art for thousands of years.

"What interests me most of all," Tamayo explained in another interview, "is man and the way he faces the problems that surround him. Art must belong to its time: it should not be concerned with memories but with what is happening now.”

Tamayo believed that art was fundamentally a message, a way to communicate with his fellow man. He illustrated these themes superbly in El Trovador – a lasting masterpiece of a great artist.