Skip to content
Horses and Cowboys, Another Cultural Symbol From Mexico 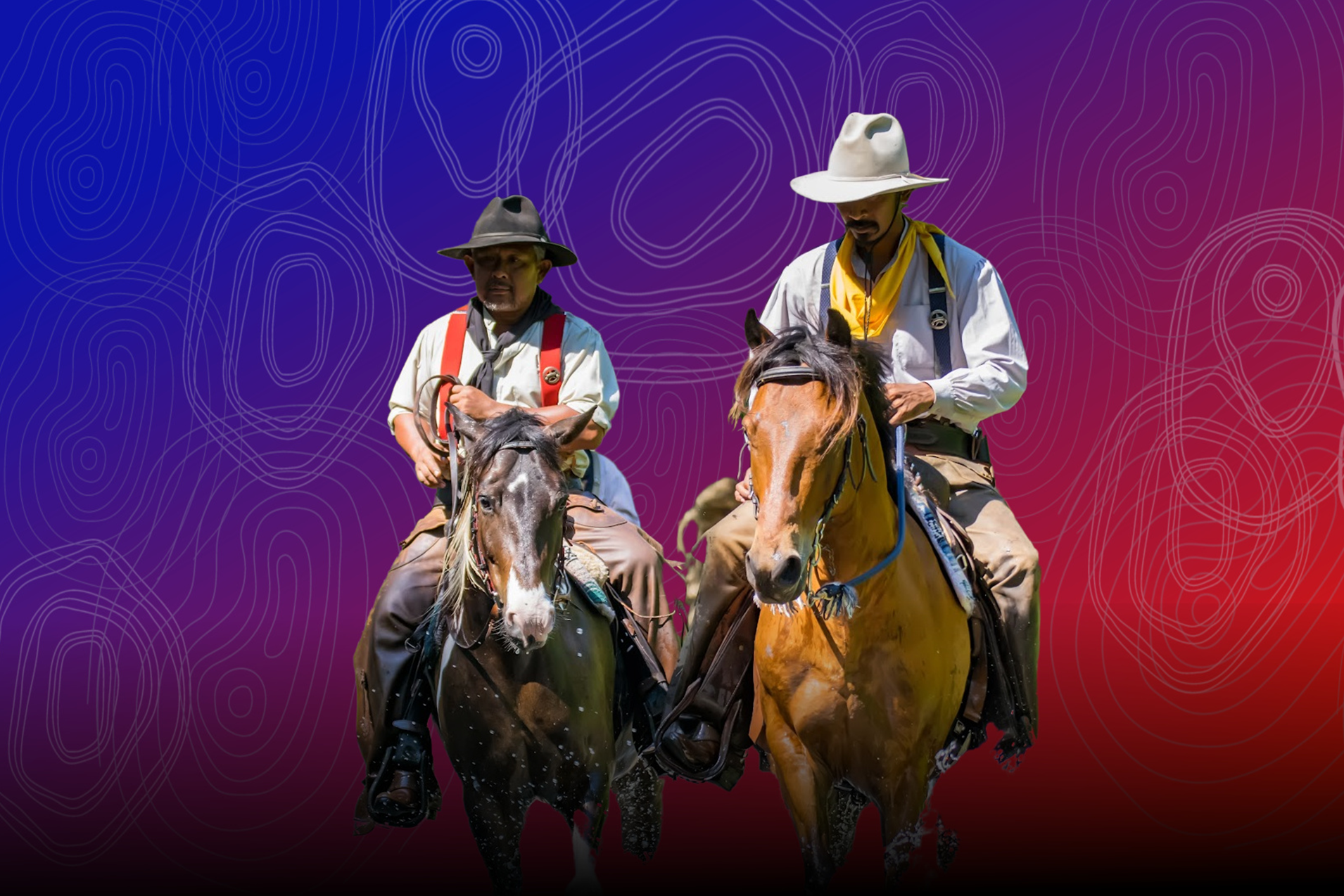 Horses and Cowboys, Another Cultural Symbol From Mexico

The classic image of the white American cowboy is a staple of our culture. Whether it’s John Wayne, Clint Eastwood, or the Marlboro Man, we are convinced these powerful cowboy symbols are as American as apple pie but, in fact, they are not.  Horses and cowboys actually come from Mexico.

After the arrival of the Spaniards in Mexico in 1519, ranches were established with cattle and horses imported from Spain. Prior to the Conquistadors, the natives had never seen horses, and, at first, they were not allowed to ride them because the Spaniards considered horses a sign of domination.

But this restriction was short-lived.

The growing economy of mines, haciendas, railroads, and highways demanded agile riders regardless of race.  Landowners trained native Mexican Indians in the art of mastering cattle and horses.  By the 1700s, ranching culture spread from present-day Texas, Arizona, and New Mexico, all the way to the southern cone of Argentina.

A cowboy without his lasso is incomplete

Vaqueros (a word derived from “vacas,” cows in Spanish) mainly were mestizos, Native Americans, African Americans, mulattos, or Creoles. Much of the vocabulary cowboys use today comes from Spanish, such as lazo (rope) to tie cattle, sombreros to protect from the sun, and Chaparreras (chaps) to protect from the dangers of the terrain. The rope is an essential tool of the cowboy, allowing him to control the cattle with majestic agility.

The lasso was what separated the vaqueros from horsemanship because it symbolized power and control. The cowboys began to elaborate tricks with the lasso and make competitions that would later become the foundations for the modern rodeo.

After the Mexican-American War, cowboys were recognized for their skills. Rancher Richard King traveled to Mexico to bring Mexican cowboys to work with his cattle and horses. King welcomed many workers to his ranch and paid them a monthly wage.

The Mexican cowboys helped build The American West. As cattle production expanded in the late 19th century, horse riders expanded into Oregon, Idaho, Nevada, and Arizona, many with solid Hispanic roots. The word buckaroo, which also means cowboy, was born from a mispronunciation of the word vaquero.

From the 1920s to the 1960s, cowboys were popularized through films, but not the Mexican vaqueros. White American cowboys were immortalized by stars like John Wayne, Gene Autry, Buck Jones, and Clint Eastwood.  Sometimes the films or TV shows like The Lone Ranger were positive, but unfortunately, dozens of popular Hollywood Westerns and TV programs missed the mark, intentionally perpetuating beliefs that Hispanics and Native Americans were vandals, drunks, prostitutes, or worse.

In the future Smithsonian Museum for the American Latino that is being built, history will have to do right by the Latino Vaqueros who created much of what today is known as Cowboy Culture, a culture that in Latin America today, from Las Pampas of Argentina to Mexico, continues to thrive.