Five Latino Series You Might Not Have Known About 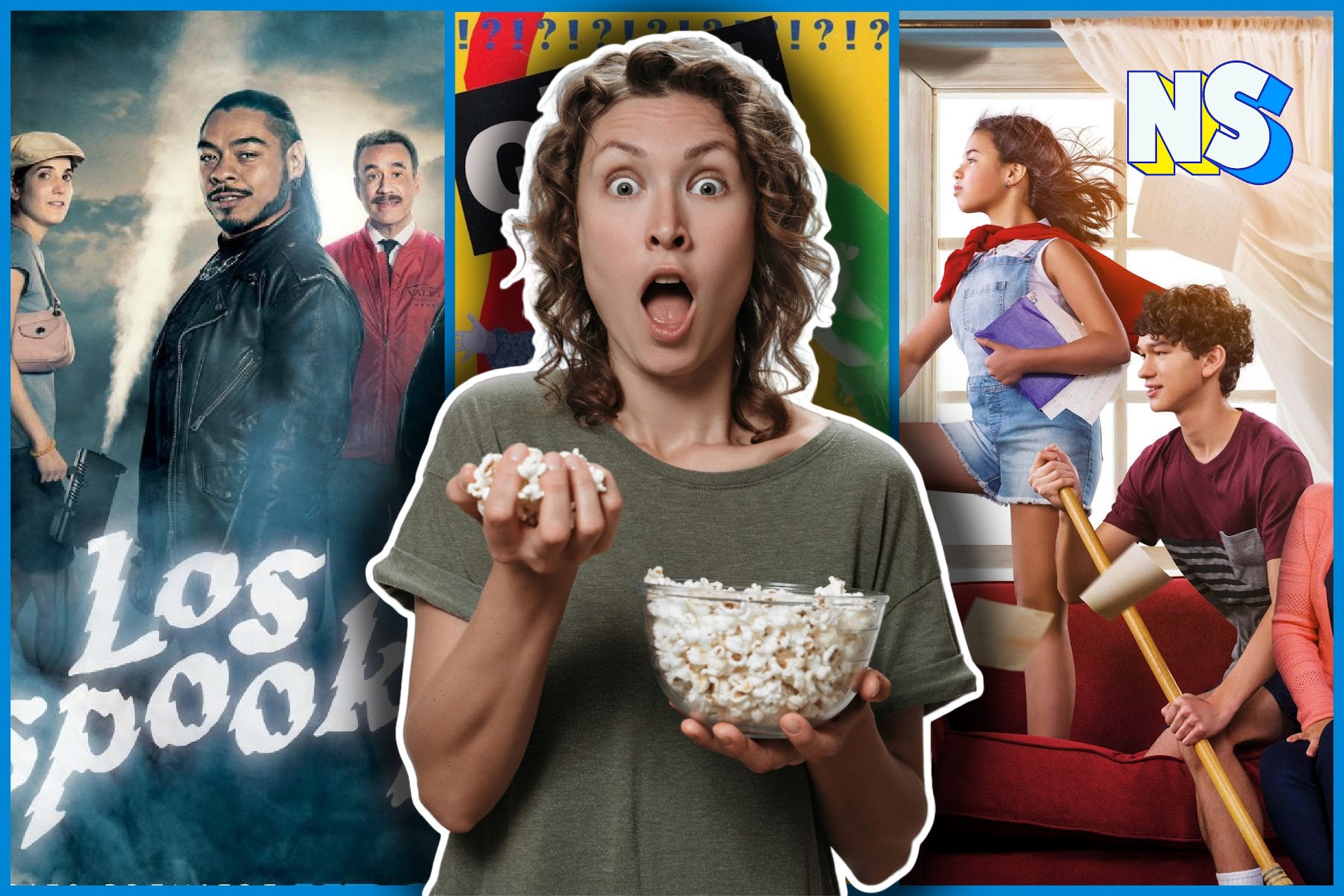 Not only does positive representation through media and entertainment have the ability to reduce negative stereotypes in under-represented groups, but it also gives the underrepresented groups the chance to see themselves in a world that was predominantly seen as white-presenting for decades.

When it comes to Latino representation, the choices often felt few and far, which is why we’re paying homage to some of the groundbreaking, risk-taking, rule-breaking shows that put Latinos at the forefront and in a positive light — giving anyone old or young the ability to see themselves reflected through the big (or small) screen.

‘Chico and the Man’

When it comes to breaking barriers for Latinos in Hollywood, one of the main men leading the charge was sitcom star Freddie Prinze. The premise of the series was simple. Chico, played by Prinze, was a young, long-haired Chicano mechanic with a knack for fixing cars and a smooth-talking ability to bring in customers. The only thing he didn’t have was a shop. This is where the Man from “Chico and the Man” comes in. Chico befriends auto shop owner curmudgeonly Ed Brown, and over time the two form a bond.

The show itself was the first show to star a Latino lead. On top of that, the ability the show had to tackle the tough topics of racism, and the classist divide between the haves and the have-nots, through the methods of comedy and laughter, was an important way to open the eyes of viewers all across the country without an aggressive attack behind it.

While the dynamic of a young Chicano needing the assistance of an older-white-father figure was endemic to the tropes of the 70s, the groundbreaking strides the show took toward representation outweighed it.

The show continued for four seasons until the sudden and tragic suicide of Freddie Prinze changed the dynamic of the series, and it was canceled.

This quintessential 90’s PBS program starred a multicultural rainbow of teenagers who spent their time chasing mysteries, solving puzzles, and discovering well-hidden secrets in New York City. When it came to Latino representation, “Ghostwriter” had a healthy helping of characters, including Alex and Gaby, the dynamic Puerto Rican brother and sister duo whose parents own a bodega in Brooklyn.

After Alex, Gaby, and their friends Jamal, Rob and Lenni discover a book that houses the spirit of a ghost who can only communicate through reading and writing, the crew runs all over BK, solving mysteries, finding clues, and communicating with the other side in this sort of surreal but wholesome series.

The thing about “Ghostwriter,” though, is that for so many millennials (myself included), the show was one of the first places to see our Brown selves represented outside of Sesame Street.

On top of that, the show focused on education, literacy, and the importance of critical thinking — concepts that were not separated from the multicultural cast. It subtly discussed the importance of street smarts and common sense, with the foundational backbone of reading, writing, and creating as the message it pushed. If we’re being honest, it’s one of my all-time favorites shows to this day.

First off, any show called “Los Espookys” should immediately get your attention. I love anything espooky, and I love anything that alludes to the ever-so-Latino spelling of anything with an S in front of it. It’s a subtle but highly validating nod towards anyone who reads it.

On top of the fantastic name, though, “Los Espookys” is a comedy show that aired on HBO, and I couldn’t get enough of it. The premise seems fantastical until we consider the modern era we live in. A group of friends attempts to turn their innate love of all things horror into a viable source of income by creating these over-the-top situations in real life and convincing the public that these horror-movie scenarios they make are real.

By utilizing the deeply connected spiritual practices within Latino culture and fusing those rituals, legends, fables, and beliefs into the everyday conversation of the characters, the series is not only made for Latinos by Latinos, but it is a story that normalizes the complex cultural connection we have to the ancestors, spirits, and the dead. Or, in the case of “Los Espookys,” sometimes the undead.

This mixture of comedy-drama set in Los Angeles follows the hopeful struggle of a group of cousins chasing down the American dream, even though it often turns into a nightmare for their family.

As the series begins, their grandfather is finally released from a three-month stint in ICE custody, only to find out that there have been a lot of changes since he’s been gone. The show stars an all-Latino cast and, in a similar vein to “Chico and the Man,” comedically confronts the topics of gentrification, racism, classism, and immigrant hatred all through the lens of a group of young people consistently trying to break generational curses while they traverse modern America in search of better things for their family.

You’ll laugh. You might cry. You’ll recognize a lot of yourself in this show. It’s definitely one worth binging.

‘Diary of a Future President’

This family-friendly show follows Cuban middle schooler Elena Canero-Reed as she embarks on the long road to becoming the first Latina President of the United States. Told from the perspective of Elena’s diary, Elena documents each step along the journey as she tries to circumnavigate the politics of sixth grade - a scenario sure to prepare her for the White House.

The show’s inclusivity is one of the bonuses of this wholesome content. As a show geared towards adolescents, the show not only has positive LGBTQ+ representation, but Elena’s mother is a single mom who raises Elena with the help of her boyfriend, showing a healthy couple that can exist outside traditional marriage tropes.

The show’s politically savvy characters stand out, and though the show is meant for middle schoolers, the lessons learned are heavier life lessons with a strong message that talks about how our choices — no matter what kind — have consequences.

What are you waiting for? You’ve got a to-do list of binge-able shows chock full of beautiful Brown people. Get to it!