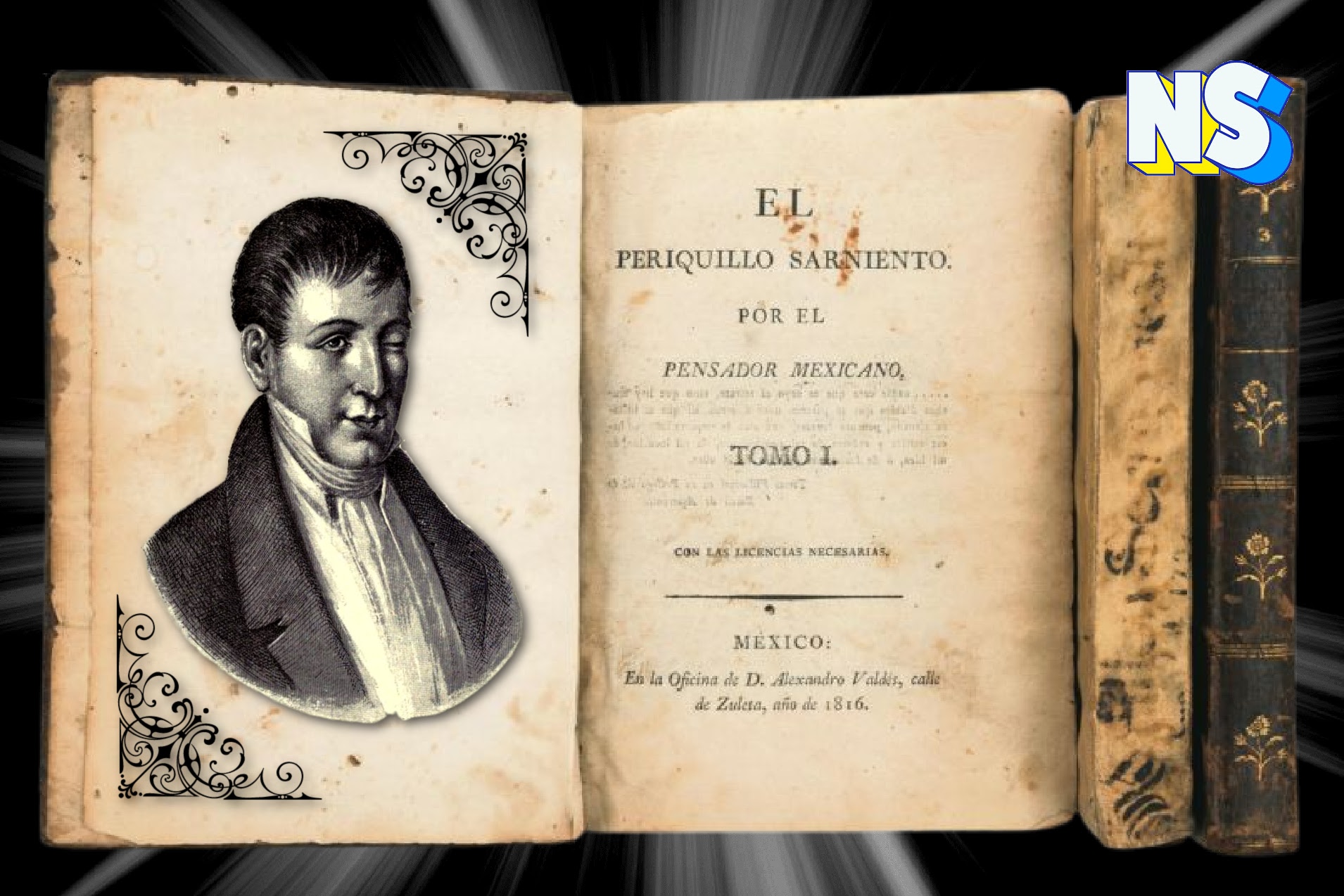 Latin Americans have made outstanding contributions to the literary lexicon. From Marquez to Acosta, from Cisneros to Bolano, so many have come along and paved the way for more and more Latino writers to leave their impression on the world. When it comes to the original, though? The OG paver – that title goes to Jose Joaquin Fernandez de Lizardi, widely known as the author of “El Periquillo Sarniento,” the First Latin American novel.

Lizardi was born in Mexico City when it was still considered the capital of New Spain. His father passed away from a brief but fatal illness in 1798 when Jose was only 22. The sudden death of the patriarch of his family forced Lizardi to leave his studies and enter the world of civil service, where he met his wife, Maria.

His salary, although decent, was not enough to fully support his family, especially as it continued to grow. Turning to his ability to write, Lizardi began to make an additional income by publishing varying works while serving his post of Teniente de Justicia of Taxco.

A talent born of necessity

Lizardi was serving in Taxco during the Mexican War of Independence, and in 1810, Morelos’ forces made their way into Taxco. Lizardi was well known for keeping his politics at the center of both sides, and he attempted to utilize that viewpoint when acting on Taxco’s behalf.

He turned the armory over to Morelos while simultaneously alerting the Spanish to the movements of the forces. While it maintained peace for a time, in 1811, Lizardi was taken prisoner as a rebel sympathizer for turning over the armory. He was sent to a POW camp back in his hometown of Mexico City. Once there, however, Lizardi appealed to the viceroy and was subsequently released.

Lizardi was then forced to start over with nothing, having lost everything he had during the process of imprisonment. With no employment and no steady source of income, he began to lean on his writing as a primary source of income — until the freedom of the press was limited by a declaration in 1812.

Lizardi then created El Pensador Mexicano, which published social criticisms on the problems of the day, directly in contention with the limitations placed by the government. Nine issues in, Lizardi published a written attack against the Spanish viceroy Venegas, landing him in prison for seven months before he was released. Despite imprisonment, he continued to publish El Pensador.

His political discourse and increasing disillusionment with the powers that be led Lizardi to shift from journalism to literature to get his increasingly powerful point across. From this transition, Lizardi published El Periquillo Sarniento in 1816, a weekly-released chapter series that told the story of Pedro Sarmiento, nicknamed Periquello Sarniento (mangy parrot) by his friends. The series follows Pedro through his misadventures of life as he tries to find a way to survive through life. Much like Lizardi, Pedro was born to a criollo family, one of Spanish descent in Mexico during the New Spain era, but one whose status comes in descent alone — without the money, nobility, and affluence to back it up. Through the series, Lizardi utilized the fictional stories as a guise, allegorical dalliances that allowed him to express his politics without fear of censorship or repercussions. At least, at first.

Lizardi was able to publish the first three volumes of “El Periquillo” before the government caught on and subsequently censored the last four volumes. It wasn’t until 1831 that the final four volumes were put into print.

Viewed through the scope of an anti-colonial novel, the stories of El Periquello were, in their own way, a call to action for many across Mexico to find their own sense of what the nation could and should be and is considered not only the first Latin American novel but a seminal one.