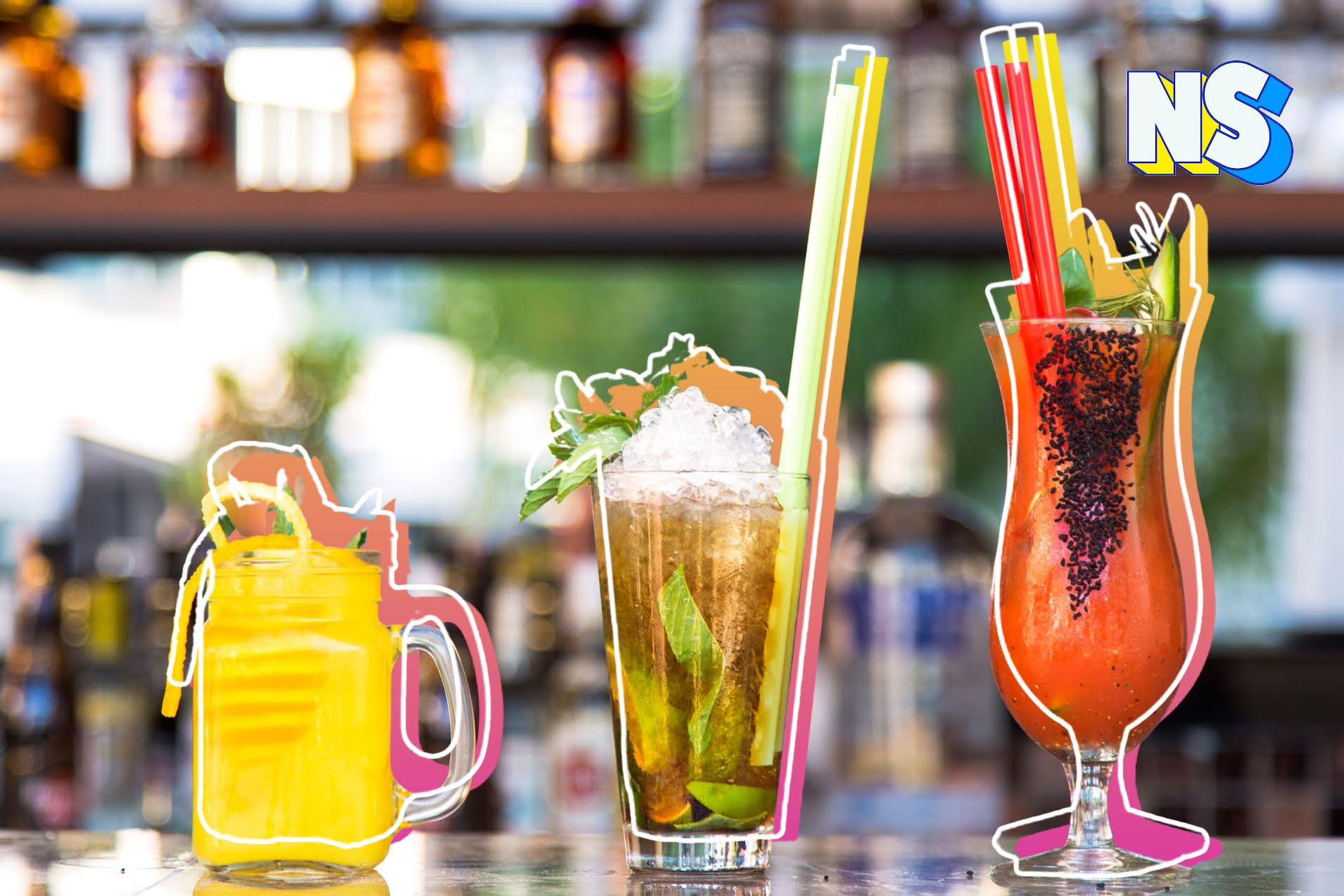 Daiquiri. Margarita. Cuba Libre. No, we’re not making a menu for an amazing party – although, this would clearly be a really fun party – we’re talking about some of the most famous cocktails served around the world; all of which were invented in Latin America.

Let’s face it, when it comes to celebrations, we are notorious for them. It doesn’t matter if it's someone’s birthday, a quince, a graduation, a political revolution, día de independencia, or a simple three-day weekend. We have been brought about in a culture that absolutely believes in finding the things that make life beautiful and throwing a fiesta around it – a love of celebration that comes from a variety of factors. We are by nature community-oriented people, from our ancestors to now we’ve continued to place focus on building and maintaining social connections; whether birth family, chosen, or a mixture of both.

Through all of these celebrations, we’ve also come up with some pretty amazing cocktails to correspond with them. Today, we’re taking a look at a few of the most well-known drinks created in Latin America, and their origins.

Read more: Latin American Horror Films For Whoever is Brave Enough to Watch Them

Cocktails thanks to Latin America

The United States' invasion of Cuba during the Spanish-American War made the village a focal point for US troops, who fired on the village in 1898. Compared to the 16000 US troops that washed ashore, the 300 Spanish troops were no match. On top of acting as a storage space for US troops, the village of Daiquiri was known for a fairly wealthy set of iron mines. It is said that in those mines, the origin – or rather, the vague myths – of the Daiquiri drink was born.

While some say the drink was invented under the guise of rationing rum, and others may believe that the daiquiri was born from a scientist’s general desire to try something new, the results remain the same. This rum-based drink is mixed with lime juice and served in a glass with a salted rim. It’s a simple but refreshing drink that blends sweet, salty, and sour all in one.

Similar to a Daiquiri, Brazil’s national drink, the Caprinihia, follows a similar concept to the daiquiri, but rather than a rum, it uses a regional sugarcane-based liquor called cachaça. The origins of this drink, however, are even more mysterious than that of the Daiquiri. One legend points to its creation coming about in 1918 and is combined with lemon, garlic, and honey to treat patients with the Spanish Flu.

The Margarita, born and mixed in Mexico, has a solid half-dozen claims to fame. There are multiple origin stories circulating around its creation, ranging in age from 1930 to as recently as 1948 – but here are a couple of my favorites:

Probably an easy guess, but the Cuba Libre drink has origins in … Cuba. Another drink with origins stories in the Spanish-American war, the Cuba Libre is said to have been created around 1900, when a captain in the US Army created the drink while stationed in Havana. According to the story, he poured coke and lime into his Bacardi because the rum alone was a little too sweet for him. When he toasted his comrades, he was said to have cheered “Por el Cuba libre!” and thus the drink was born.

If you like piña coladas, and getting caught in the rain, well, it is definitely because of Puerto Rico; the birthplace of the cocktail. As with the rest of this list, its true origins are draped in mystery. Some of the earliest stories date back to a 19th-century pirata Roberto Cofresi creating the drink to boost the morale of his squad, to a 1950s bartender named Ramon “Monchito” Marrero who worked at the Caribe Hilton. According to the story, he spent months perfecting the drink and the tales go that Joan Crawford said the drink was better than slapping Bette Davis in the face.

Which of these cocktails is your favorite?