Skip to content
Revolution in the Time of Las Mariposas: A Brief History of Las Hermanas Mirabal

Revolution in the Time of Las Mariposas: A Brief History of Las Hermanas Mirabal 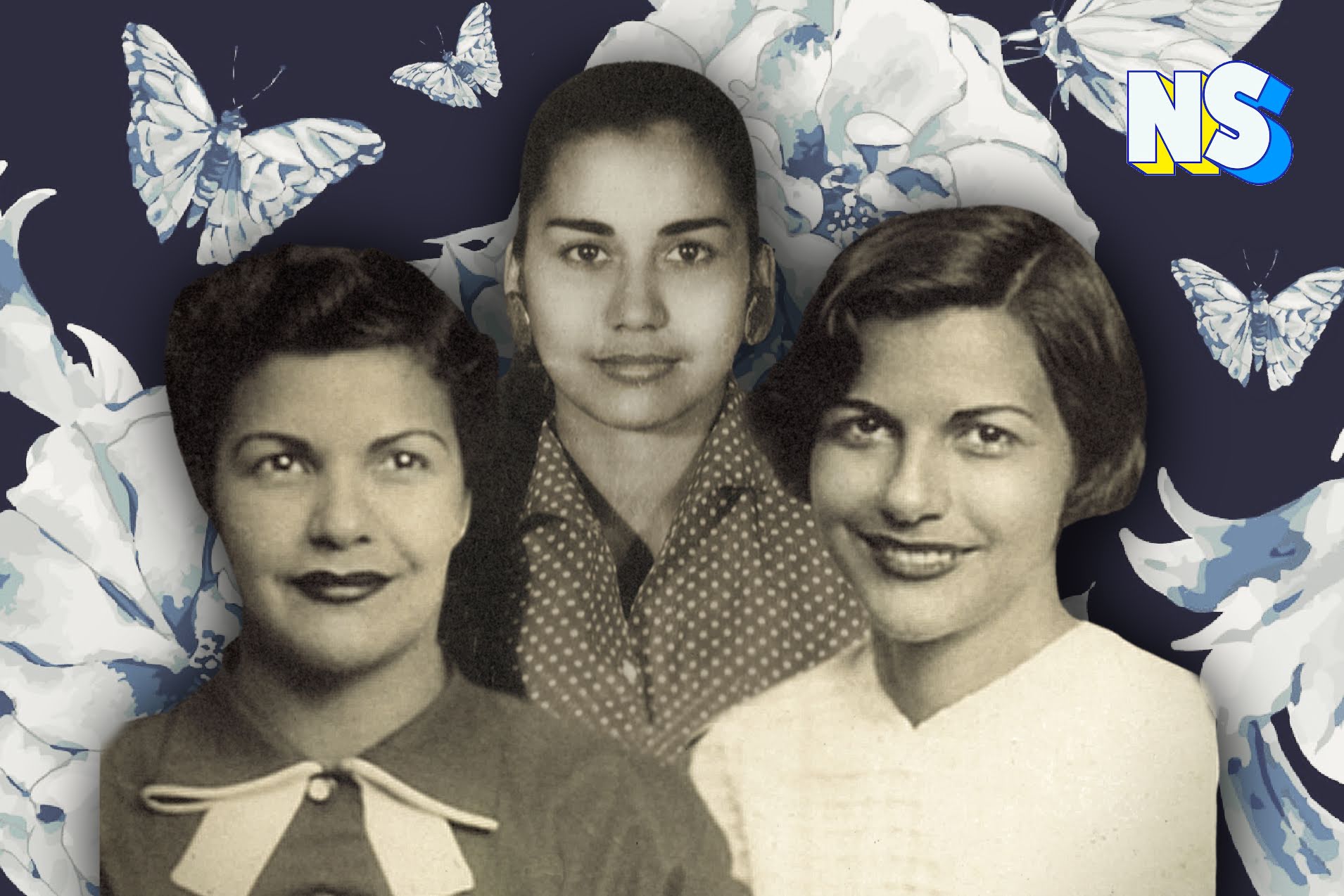 Las Hermanas Mirabal, also known as Las Mariposas, was a trio of sisters who are credited for actively assisting in the dismantling of the brutal regime led by despotic dictator Rafael Trujillo. He held the Dominican Republic hostage under his rule for 30 years.

Trujillo was detrimental to the Dominican Republic

Known as El Jefe, Trujillo rose to power as the commander in chief of the army before he officially seized power in 1930. His political coup translated to an economic downfall for the Dominican Republic. After his coup, Trujillo immediately took over the economy, including the production of goods such as tobacco and rice, and began to funnel the profits directly into the pockets of his family, friends, and political supporters.

In order to ensure his reign was never questioned, Trujillo formed his secret police squad, who acted as enforcers of his rules by any means. It is estimated Trujillo is responsible for the deaths of over 50,000 people, a majority of which came from the gruesome massacre of thousands of Haitians in what Trujillo called an effort to rid the Dominican Republic of immigrants.

Civil liberties, freedoms, and rights began to disappear as Trujillo held a grip over the Dominican Republic. No other political party besides his own was allowed to exist. Anyone found dissenting, accusing of dissenting, or even thinking about dissenting, was being disappeared.

Darkness had fallen over the island.

Despite the despair, a resistance against Trujillo was building with each stab he placed into his country’s back. Though the majority of the opposition was made up of men, there were women who joined in the fight.

The Mirabal Sisters were fierce symbols of courage and resistance during a time when people constantly feared for their lives and looked over their shoulders.

Raised in Ojo de Agua in Salcedo Province. Their parents owned a farm, general store, and coffee mill. The girls lived a simple, middle-class life. They received their education, with Minerva moving to Santo Domingo to attend university, where she studied law. It was the cause for much of her awakening to the true injustices of the Trujillo regime, as it was at the college she discovered a friend’s father had been murdered by Trujillo’s secret police. She joined the resistance through the college, and by 1949 had already become a target for dismissing Trujillos sexual advances during a brief encounter they had.

Not long after, she was arrested for suspected opposition against her government. It was through college that she also met her husband, an activist named Manuel Justo. The pair became leaders in the resistance

It was through Minerva that Patria and Maria Teresa became active.

Bringing their husbands along to join the movement, they became active members of El Movimiento Revolucionario 14th de Junio or the June 14th Revolutionary Movement. Named for The 14th of June, Minerva chose the name to honor those who had died during a failed invasion that occurred in 1959. A group of Dominican exiles, backed by the Cuban government, attempted to lay siege to Trujillo and his army of secret police. The group was no match, however, and Trujillo captured, tortured, and murdered any survivors.

Through the June 14th Movement, the Mirabal sisters, who had chosen to go under the nom de guerre of Las Mariposas (because of the painful but necessary process that we must go through to create transformation) began distributing pamphlets that told the stories of the people murdered by the Trujillo regime.

They began to list the names of everyone they could who had been murdered over the years. They purposefully, and forcefully, began confronting Trujillo and his crimes against the Dominican people.

Silencing the Mirabal sisters continued to be the goal

The combination of their strength, will, and their unlikely appearance as revolutionaries, gained them a major following which allowed them to activate more and more into the movement. As the regime finally began to follow, Trujillo said he only had two problems: the church that had finally spoken out against him, and the Mirabal sisters.

While the church was far too heavy a monolith for Trujillo to topple, the Mirabal sisters proved far less formidable.

As their movement began to gain heavy traction, Trujillo ordered his secret police to begin rounding up and arresting the resistance leaders, including the sisters and their husbands. All six were arrested and taken into custody, though the sisters were released early under the guise of Trujillo’s “kindness.” The kindness, however, proved deadly.

On November 25th, 1960, the sisters were driving back home after visiting their husbands in prison, when their car was ambushed by a group of secret police. The sisters were separated from each other, strangled, and beaten to death, along with their driver Rufino de la Cruz. The men placed the bodies in the trunk, and pushed the car into the sea, claiming the death as an accident.

The Mirabal Sisters may have had a brief time on this Earth, but their work in the resistance against Trujillo became a symbol of revolution for those left behind. Trujillo solidified their legacy by turning them into martyrs for the cause.

Though the transformation was painful, and final, for the sisters, they played an integral role in the toppling of the Trujillo regime.