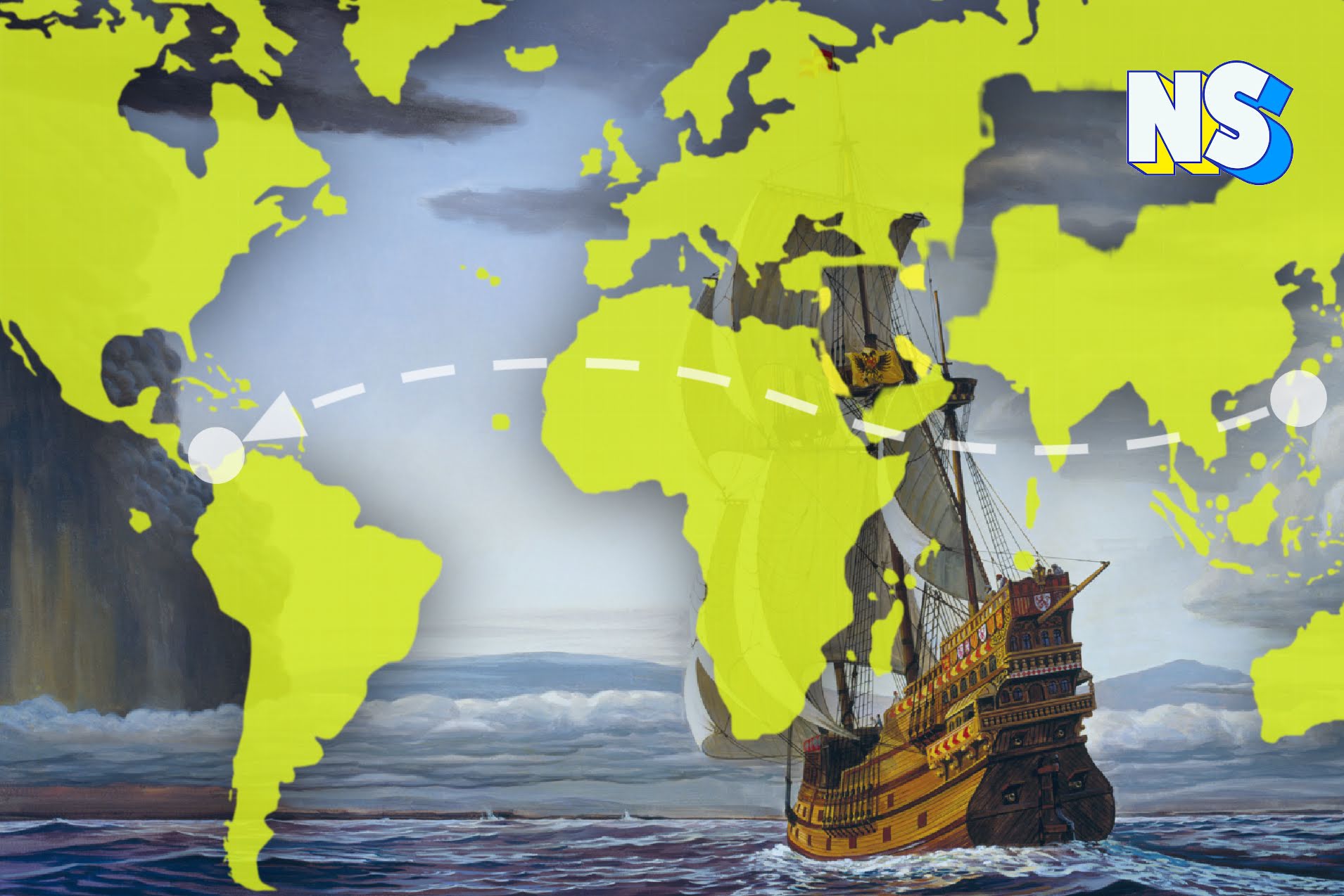 While it may not always be talked about, or dissected often, there was a major forced migration pattern starting in the 16th century that spread thousands upon thousands of Asian immigrants across a variety of Latin countries.

What is known as the Spanish Colonial Period in the Philippines, between 1565 and 1898, was the beginning of a large wave of forced migration that brought Filipinos (as enslaved people and prisoners) to Mexico, Cuba, Colombia, Peru, and Panama, all under the colonial rule of the Viceroyalty of New Spain.

The Manila-Spanish Galleons were the trading ships that linked the Capital of the Viceroyalty (in Mexico City) to the territories collectively known as the Spanish East Indies.

"Reception of the Manila Galleon by the Chamorro in the Ladrones Islands, ca. 1590" English Translated Caption from the book "The Boxer Codex: Transcription and Translation of an Illustrated Late Sixteenth-Century Spanish Manuscript Concerning the Geography, History, and Ethnography of the Pacific, South-east and East Asia" by George Bryan Souza and Jeffrey Scott Turley. Image courtesy of Wikimedia Commons.

Each year, the Manila-Spanish Galleons made at least one or two round trips between the ports of Acapulco and Mexico, carrying with them all manner of items for trade. Goods such as porcelain, spices, silk, and per usual, human lives were spread out between the countries in exchange for silver and other resources.

The trade route, which lasted for 250 years, came to a crashing halt during the War of Independence when Mexico removed the Spanish empire from its land. This initial migration makes Filipinos the oldest Asian ethnic group in Latin America.

While that was the first wave of forced migration for Asians into Latin America, it wasn’t the last. During the 1800s, especially after 1834, the Dutch colonials forced thousands of mainly Asian men into indentured servitude. When the abolition of Black slavery in the Caribbean colonies was passed, the Dutch colonizers ran out of options to find forced human labor to build their settlements. They turned to Asian work.

Throughout history, the roads, railways, towns, and cities themselves have been built upon the backs of forced labor, indentured servitude, and slavery. The very structure America was built upon came at the sacrifice of Black, Indigenous, Latin, and Asian communities from across the globe. We honor the history of all of the people who built the land we rest upon today, no matter what land we rest on.