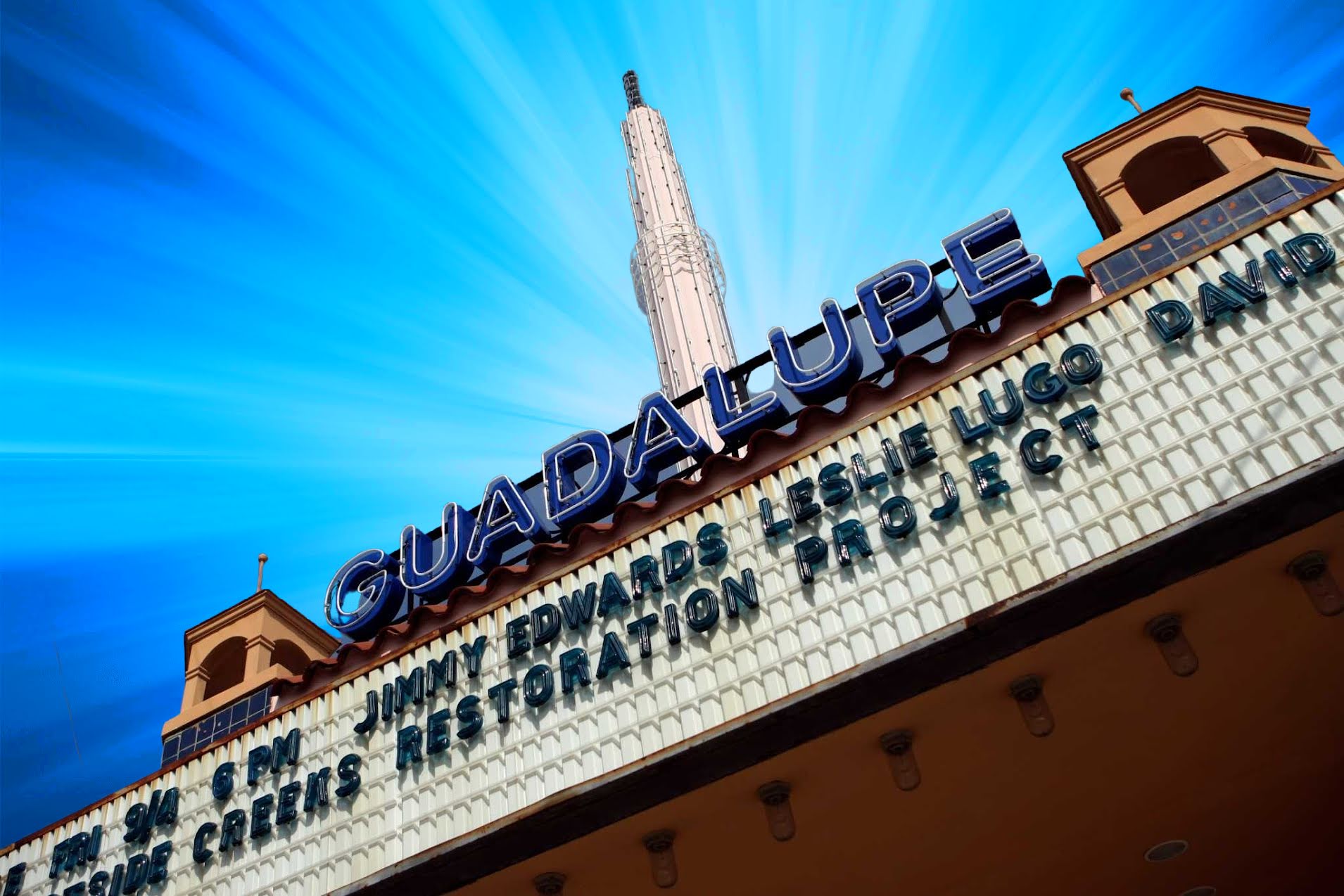 Located in the heart of San Antonio's Westside, the Guadalupe Cultural Center has been dedicated for forty years to preserving and promoting Chicano, Latino, and Native American culture through the arts.

El Centro was founded by a group of Chicano artists, members of the Performance Artists Nucleus, Incorporated (PAN). These artists sought to preserve the Hispanic culture in the Lone Star State, and in 1980 they found a location on the west side of San Antonio — a building formerly known as El Teatro Guadalupe, an opulent theater built in the 1940s that fell into disrepair in the 1970s.

In the early 1980s, while negotiating the purchase and reconstruction of the theater, PAN changed its name to the Guadalupe Cultural Center for the Arts. At first, the Center was housed in the Guadalupe Theater and later in the Progreso Pharmacy, adjacent to the Theater. In the meantime, the building was being reconstructed.

The reconstruction of the theater was completed in 1984. The renovated theater had 400 seats, a stage for presentations, and a small art gallery, and the Progreso Pharmacy was taken over for offices, classrooms, and the graphics department.

Since its creation, the Guadalupe Cultural Arts Center has become an essential venue for visual artists, filmmakers, playwrights, folkloric dancers, and Chicano/Latino musicians. The center has also served as an inspiration for other community-based Latino arts organizations throughout the country.