Skip to content
‘El Libertador,’ A Monolith Dedicated to Bolívar, the Man Who Freed Latin America

‘El Libertador,’ A Monolith Dedicated to Bolívar, the Man Who Freed Latin America 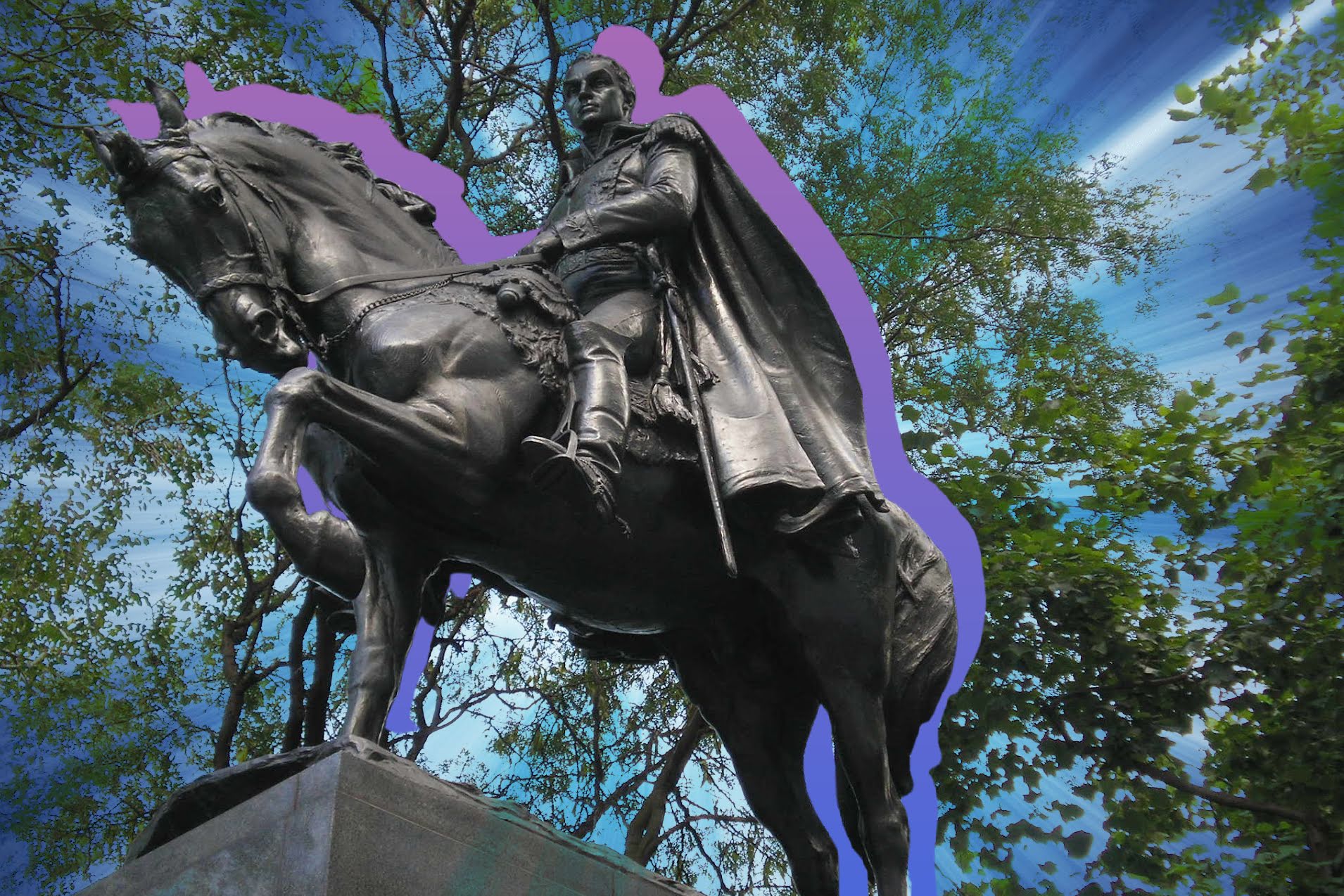 Located at the entryway of New York’s world-famous Central Park, the larger-than-life bronze monument dedicated to Simón Bolívar acts as a dedication to a man who led a revolution, one to free the people of Latin America from the Spanish Empire. Simón José Antonio de la Santisima Trinidad Bolivar y Palacios played a major role in the independence of Venezuela, Colombia, Peru, Bolivia and Panama.

Commemorating the great works of such a man – who had his faults, too –and as a dedication to the large Latin American population in NY and, by extension, America, the bronze sculpture in honor of Bolivar has traveled to various spaces in New York. In fact, it traveled for over 100 years before finding its permanent home where Central Park South meets the Avenue of Americas.

The many changes of the Simón Bolívar statue in New York

The statue that currently resides in the park is not the original statue commissioned in 1891. However, the journey of the Bolívar monument existed in more than just moving around the city.

The original dedication was designed by R. De Las Cora and was installed in the park near West 83rd St, an area also known as Bolívar Hill. But that statue was criticized for not living up to the original vision and was removed from the park. While other artists submitted proposals for the next 25 years, none were considered worthy of the brave leader who led Latin America to freedom.

Read more: This Historical Marker Acts as a Remembrance of a Dangerous Time for Mexicans in American History.

In 1916, the Venezuelan government took it upon itself to put out a global call to artists to submit their designs for the Bolívar tribute. A mostly unknown sculptor named Sally James Farnham, who submitted a design depicting Bolivar in full military regalia, riding his horse in a pose of action and movement, was chosen. The statue was dedicated in 1921, where it remained until its move to the Avenue of Americas in 1951.

Address: Central Park South and Avenue of the Americas.