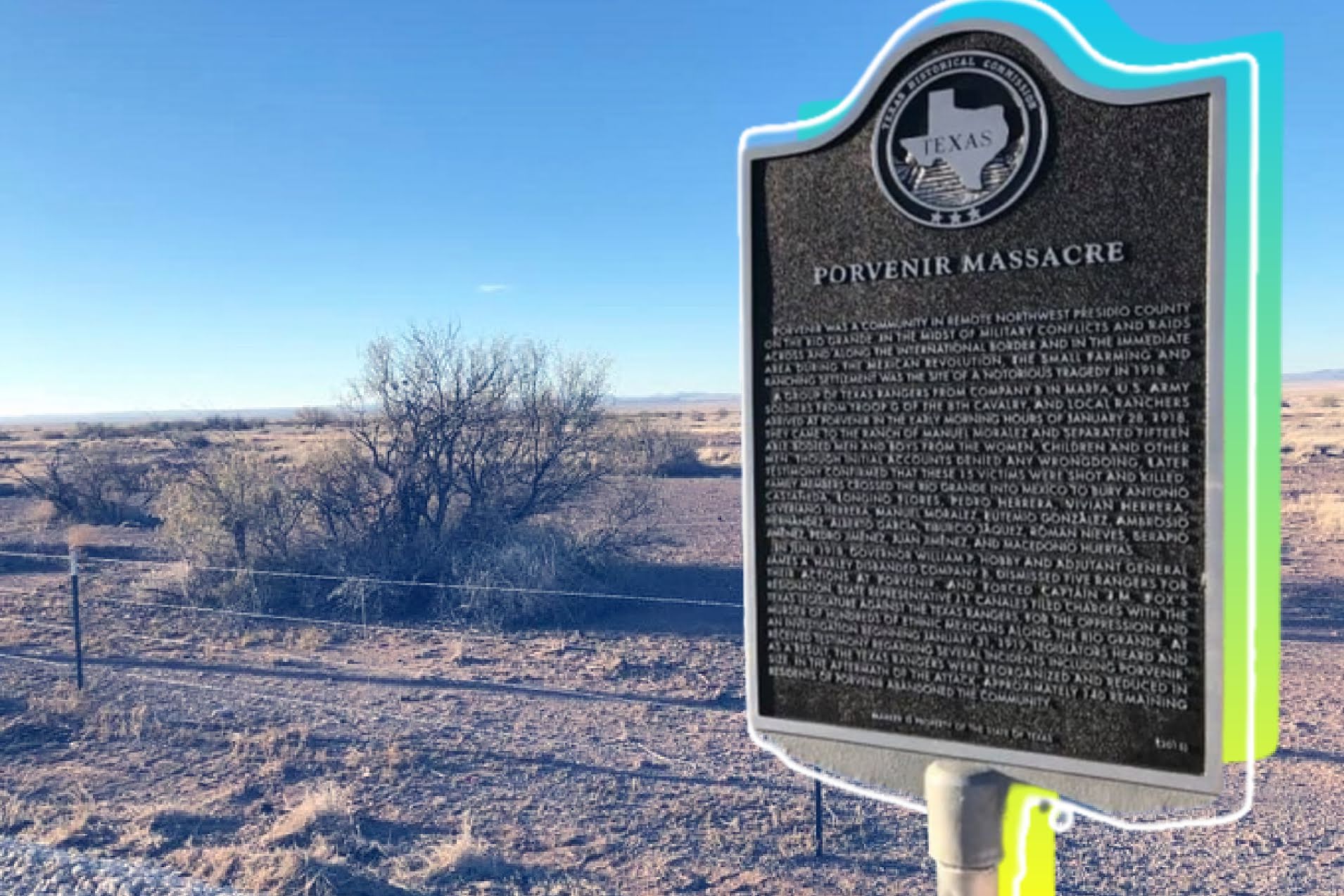 Porvenir, a small town along the banks of the Rio Grande River, was where very few people lived. It was primarily small families of Mexican farmers who lived a peaceful and non-descript existence tending to the land, their family, and their extended community.

During the time of the Mexican Revolution, however, tension grew between Mexican Nationals/Americans who originally lived on the land and the Texan residents of the newly formed United States. The latter had recently laid down borders that separated the land initially home to Mexica and Indigenous tribes.

In fact, between 1848 and 1928, it was recorded that 232 Mexican people were lynched in Texas alone. This heightened tension led to an outbreak of violence between Christmas of 1917 and Jan of 1918.

On December 25th, 1917, a local rancher named Lucas Brite had his property raided by people believed to be supporters of the Mexican revolutionary leader Pancho Villa. During the raid, a local area postman was killed.

While history has never shown who the men that raided the ranch that day were, it seems to point to the fact that none of the men were in any way connected to the town of Porvenir. Unfortunately, none of that mattered to residents, who sought revenge for the raid.

On Jan 28th, 1918, a group of local rangers, accompanied by a group of Texas Rangers and soldiers from the 8th US Cavalry Regiment, rode into the town of Porvenir and began going from house to house. The mercenaries forced 15 men and boys from their homes from ages 16 to 64 and forced them to march into the nearby desert at gunpoint. After they arrived, the mercenaries shot and killed every single one of them:

The fight for the Porvenir Marker to be placed in honor of the massacre was partially spearheaded by Longino Flores’ son, Juan Flores.

Juan was 12 at the time of the incident and spoke before he passed about the memory of waking up in the middle of the night to watch his father being led away by armed men. He also spoke of the memory of the following day, where he found his father’s body, barely recognizable, in the desert.

The Porvenir Massacre represents a dangerous time in American history for people of Mexican descent. While the marker in no way acts as justice for the event, it is one of the few places in the historical record to honor that the event even occurred in the first place.