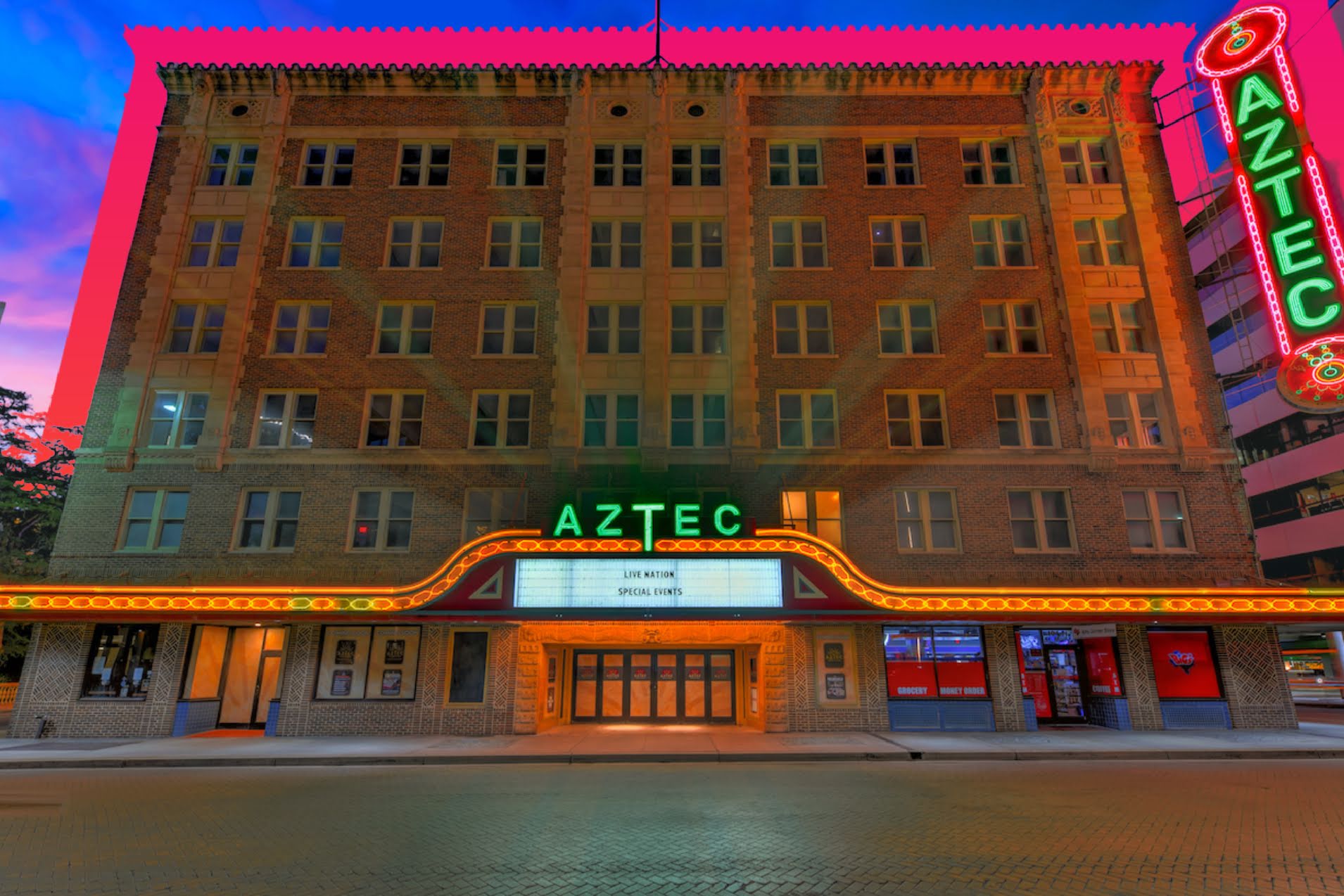 The San Antonio Aztec Theater is known as one of the most beautiful theaters in the state. However, none may compare to the grandeur housed behind its brick facade.

Built at the height of the Roaring 20s, architects Robert Kelly and R.O Koenig designed the opulent six-story building with the theater inside, replete with a nearly three-ton chandelier as a centerpiece of the gold-adorned lobby.

Yet, a three-ton chandelier, in all its glory, can’t compete with the beauty found within the rest of the theater.

The Aztec Theater’s entire design incorporates the Mesoamerican themes for which it is named. Sculptures dedicated to the Zapotec gods and Maize goddesses, giant Aztec calendars ensconce each corner of the stage, and a huge sun carving acts as the stage’s center point.

In essence, it looks more like a place built for the Sun god than it does for a movie theater and live performance, which is what makes it so important and so unique.

After opening in 1926, the Aztec Theater saw quite some initial success. Yet, when the Roaring 20’s crashed into the Great Depression, the Aztecs saw a long decline, only exacerbated by growing issues between theater owners and projection workers.

The Aztec Theater never fully recovered. By the early 90s, it was close to being demolished until it was placed on the National Register of Historic Places in order to save it.

In 2009, the Aztec Theater reopened as a live music venue and has continued to host shows up to this day. Every patron who crosses through its lobby doors is surrounded by the artistry of the Mesoamerican ancestors who once lived upon the land millennia before.